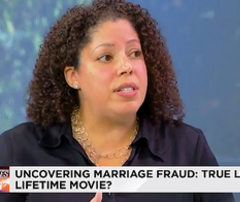 Elena in the Press

In January 2018, Lopez’s privacy breach by the DHS crime-victim office was a lead story for both ​​USA Today & The Arizona Republic; Gannett newspapers and other media around the country quickly picked up the story.